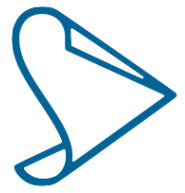 For Sorcero, 2020 Was A Year Of Growth And New Milestones 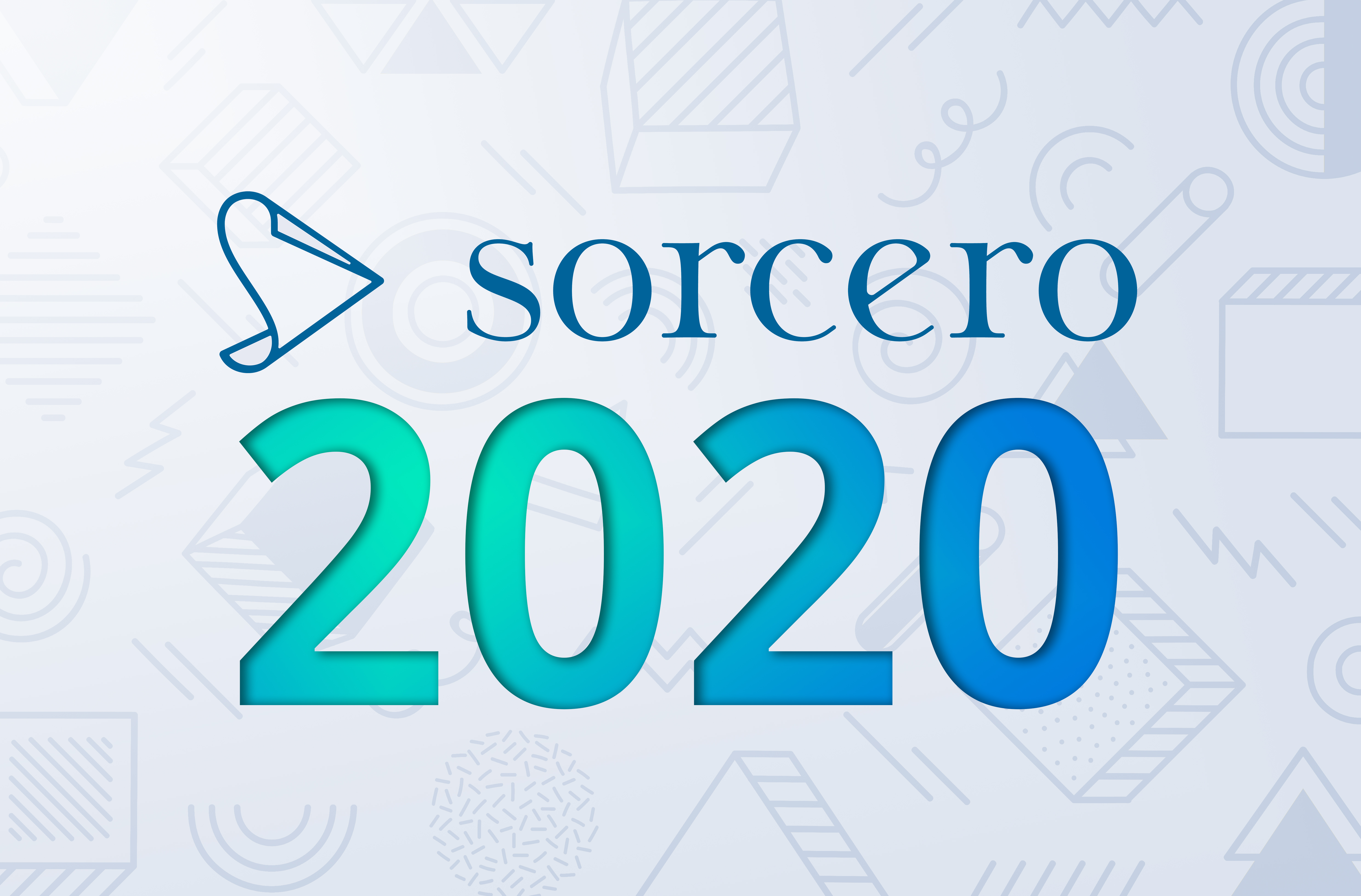 While 2020 was a challenging year for everyone, Sorcero experienced a series of growth milestones and continued to build out the unique capabilities of the Language Intelligence Platform. As a company, we’ve brought on new investors and customers, attracted a number of accolades, and expanded our talented team. Below is a list of some of Sorcero’s exciting accomplishments and important events over the past year. Our team is looking forward to even better things to come in 2021!

In January, Plug & Play named Sorcero as one of the Top 10 InsurTech companies poised to drive changes in the insurance industry in 2020. Sorcero was selected for the list just months after jumping into the InsurTech space by applying its unique Language Intelligence technology to solving business problems in the insurance industry. Plug & Play invited Sorcero to participate in its InsurTech program, serving to connect the company with advisors, customers, and investors. As an innovation platform, Plug & Play Tech Center runs the world’s leading insurtech accelerator, enabling select startups to pitch directly to executives and innovation teams at the world's largest insurance corporations.

In October, Sorcero was selected to participate in the highly competitive InsurTech NY growth accelerator program. This marked Sorcero’s entrance into the New York Insurance market, one of the world’s largest. InsurTech NY is one of the leading organizations fostering innovation of insurance technology in the New York City metro area. Through the program, Sorcero was able to demonstrate the capabilities of its Language Intelligence technology to twenty-two of the insurance industry’s top carriers, brokers, and investors.

In March, Sorcero partnered with eTA, the nation's largest electrical training program, to develop the next generation of remote digital content delivery, training, and performance support. The partnership is enabling the transition from a time-based to competency-based knowledge transfer model, representing a major milestone in the application of AI augmentation to support critical sectors that require advanced jobs training. Together, Sorcero and eTA are harnessing AI to create more well-paid job opportunities and faster pathways into the skilled trades. This is one of the largest applications of Language Intelligence to an industry-wide training program, one that supports 70,000 electrical contracting firms and 350,000 electrical workers.

Sorcero was selected to participate in MassChallenge Fintech, a program within a global network of startup accelerators. The selection marked Sorcero's entrance into the financial services market, where the Language Intelligence Platform is powering intelligent workflows for life, health, and property & casualty insurance. Through the program, Sorcero was able to work 1-on-1 with some of the leading companies and organizations to tackle the specific challenges that the industry is facing.

This summer, Sorcero was selected to participate in Startup Creasphere, an industry-leading digital health accelerator in the EU, where the company was awarded Best Virtual Pitch. This led to a partnership between Sorcero and Roche, a global pioneer in pharmaceuticals and diagnostics. The two companies are co-developing an intelligent system to manage medical guidelines on a global scale. Jorge Rubio, Roche's Senior Project Leader of Digital Health Solutions, praised the benefits of Sorcero's Language Intelligence technology. "Sorcero’s Natural Language Processing Suite is helping us to automate the maintenance of medical guidelines," said Rubio. "With Sorcero’s technology, we can rapidly identify changes in new versions of medical guidelines and we can adapt smart testing algorithms accordingly."

Sorcero Raised A $3.5M Bridge Round

In June, Sorcero raised $3.5M from a consortium of international and domestic investors led by Leawood Venture Capital and WorldQuant Ventures, among others, as well as participation by existing investors. The funds supported the continued development of the Sorcero Language Intelligence platform for insurance and life science companies. The capital infusion served as a bridge to a Series A round of funding.

In August, Sorcero was honored by DC Inno with the 2020 B2B Blazer award after being named to the organization’s "50 On Fire" list. The annual awards from DC Inno recognize the top disruptors and newsmakers spurring innovation across the greater Washington, D.C. area. This was Sorcero’s second “On Fire” recognition from DC Inno since the company was founded three years ago.

Sorcero Continued Expanding The D.C.-Based Team And Added Industry-Leading Experts To The Advisory Board

Earlier this month, Sorcero announced the addition of two exciting new members to the company’s advisory board, as well as a new team member coming on to its rapidly growing D.C.-based team. Ketan Shah was hired as VP of Product, and Helen Johnson and Daniel Shenfeld are joining the advisory board. Ketan Shah brought extensive expertise in B2B solutions and unstructured data management, most recently heading OpenText's B2B Messaging portfolio of products where he introduced new global products. Helen Johnson is currently the Chief Technology Officer at Data Dynamics and previously served as the Chief Data Officer and Head of Data Science Technology at AIG. Daniel Shenfeld, Ph.D., is a data science executive with over a decade of experience leading product-oriented data science and AI organizations at leading venture-backed life sciences and financial services startups.

Earlier this week, Sorcero was named as one of the startups expected to boom in 2021 in Business Insider. Venture capital firms were asked to pick companies that they viewed as the most likely to have the most success in the coming year. Sorcero was named by Chris Sklarin of Alumni Ventures Group. "Sorcero has incredible insights into markets and how to build technology that is powerful and differentiated," said Sklarin. "In 2021, I expect them to smash through their targets and make serious strides towards transforming decision-making for key technical industries that power the world."

Contact Sorcero to learn more about what Language Intelligence can do to empower experts at your enterprise.

Endless PDFs, no two alike -- some created digitally and others produced as scanned images. How about Word documents or XML files with unique tags? Audio recordings of Zoom meeting are certainly more popular than ever. Email threads, Twitter, RSS feeds, paper...

Demand for Sorcero's AI-powered Language Intelligence platform has skyrocketed in recent months, particularly in the life sciences sector. We are continuing to scale to meet the market demand, while also supporting exponential customer growth. The company has...

We recently had the opportunity to interview Technical Program Manager Chris Carciello about his interests, experience working at Sorcero, and future aspirations. Here is what he had to say.

Sorcero was recently notified that it is a finalist for the Vesalius Innovation Award. The award program was created by Karger Publishers, one of the oldest and most respected worldwide publishers of scientific and medical content. It initially launched in...

We recently had the opportunity to interview our Growth Product Manager, Tushar Hegde, to learn more about his interests, experience working at Sorcero, and future aspirations. Here is what he had to say.

We recently had the opportunity to interview our Engineering intern, Ernestina Plate, to learn more about her interests, experience working at Sorcero, and future aspirations. Here is what she had to say.

Sorcero was named as “Heating Up” on the 2021 Red Hot Companies List, a collection of the region’s fastest-growing and most exciting companies. This is the third year in a row Sorcero has made the list.

Today, Sorcero is announcing the open-sourcing of Ingestum™ (pronounced “ingest’em”), our unified content ingestion framework that supports sourcing and transformation of a wide variety of data and document types into a uniform document format. Written in...

be the first who knows what’s new with us