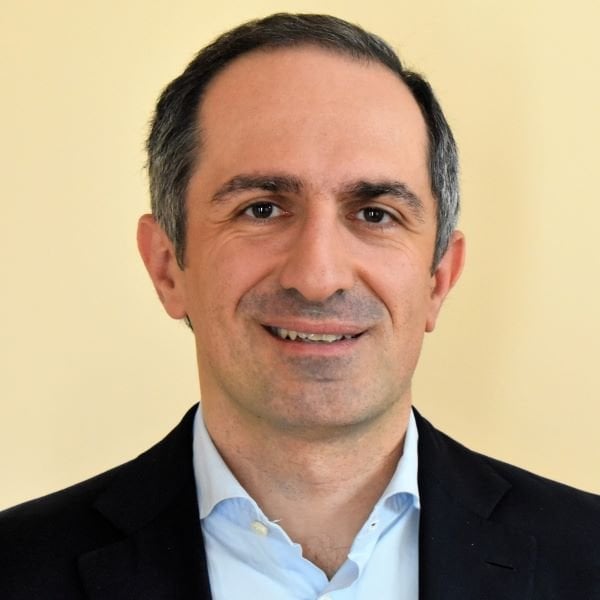 We recently had the opportunity to interview Sorcero advisor, Tim Mikhelashvili, regarding some of the major pain points felt by medical affairs teams and where he sees the future of medical affairs. Tim is a senior leader and mentor in medical affairs and the pharmaceutical industry, where he has worked in headquarters and in field-based medical science liaison and trainer roles. Over the last 17 years, he spent time at a range of large global, startup, and rare-disease specialty companies, including AstraZeneca, Salix, Baxalta, Synergy, and UroGen, across many therapeutic areas. He holds a Doctor of Pharmacy degree with post-doctoral fellowship training in Scientific Publications and Medical Education, as well as a certification from MIT in Leading Organizational Change.

Elizabeth Venafro (EV): I was hoping we could start out with you telling me about your background and experience.

Tim Mikhelashvili (TM): When I get asked that question, I think about some of the episodes in my life that have shaped my character and have allowed me to pursue the path that I've chosen, as well as the people that I've met that have influenced my interests and aspirations. I'll start by telling you that I've always looked forward to and sometimes even dreamed of what the future holds for us and our next generation -- essentially, our legacy. Since being a child growing up in the 80s and thinking about what would happen after the Cold War -- Is there going to be a nuclear war?

I remember going to sleep and thinking about what the world would experience and our social responsibility to each other across the globe. There were recurrent vivid dreams I had as a child of being in the driver seat of a car without a steering wheel reading a newspaper with my family while the vehicle was in motion, which most likely explains why I was so enthusiastic about following the self-driving car technology and regulations as an adult. Thus, innovation has clearly been my north star and something that I've always focused on in my field, while always being driven and inspired by competition to the same degree as sportsmanship throughout my career in the pharmaceutical industry and medical affairs for 17 years.

After having worked in large companies and smaller specialty companies that have grown to become the largest in their specialty, going through successes and failures, I want to help influence other medical affairs leaders and colleagues to integrate the latest technology and to have a forward-looking vision. After all, it was such leaders in medical education, medical affairs, sales, and marketing that I was fortunate enough to work with who inspired me most to be intentional in all I did and essentially shaped my career. Now, I want to bring some of the best from other industries and integrate more rapid decision-making into their daily activities and find ways to merge data analytics with organizational change.

For far too long, we've been approaching metrics and our value in medical affairs as something that's distinct and separate from the impact that it has on culture. That was the reason why I formed my consulting company just seven years ago. I'm dedicating the rest of my career to helping elevate the performance and to clarify and better communicate the value of medical affairs organizations globally.

EV: I know that you have quite a bit of involvement with the Medical Affairs Professional Society (MAPS). I was wondering if you could tell us about MAPS and your role with them.

TM: MAPS is a nonprofit organization that is global and that ultimately creates a lot of continuous learning and development content. It also connects people from around the world in order to understand some of the best practices of various functions in medical affairs.

It's been tremendously fulfilling for me personally to be able to be a part of the organization and to also chair their Global Mentorship Program. I'm able to help a lot of the competitive companies in the pharmaceutical industry, medical devices, and biotech to collaborate and learn from each other -- to train each other, to mentor each other, and to recruit some of the best talent.

I think the best investments that we make in life are in ourselves and in other people, so I'm also part of the Membership Committee and Leadership Committee, as well as a member of their Medical Education Working Group. It's a society that I would recommend to anyone interested in life sciences and in healthcare. This is a society that generates a lot of evidence and we're a close-knit community of medical affairs professionals.

EV: What was it about Sorcero that piqued your interest?

TM: Sorcero is a company that has changed my mind about what innovation and what technology really is. Sorcero changed my mind in terms of understanding that technology can make us smarter. Its approach is to integrate some of the most advanced artificial intelligence (AI) with human intelligence. The sum of artificial and human intelligence is greater than either one alone. Artificial intelligence combined with machine learning is truly extending the potential of making more evidence-based medical decisions in this world in which we have a lot of data at our disposal.

EV: What would you say are the major pain points faced by medical affairs teams?

At the end of the day, medical affairs does impact patient lives and has wide-reaching potential. With that said, they do not directly generate revenue and so the discussion that often takes place is how they continue to be seated at the table where the most important decisions take place. Because of the background and the training that they have, their voice needs to be heard, but it's a constant uphill climb.

There is a movement that I'm very encouraged by -- many innovative companies are now employing advanced analytics to change the structure of their medical affairs organizations. They have evidence generation departments and patient centricity is at the top of many of their minds. A lot of medical affairs teams are now generating more evidence, more quickly, and that's the practical value of integrating data, rather than falling behind, which is what they have done in the past. They have fallen behind in adopting new technology compared to let's say R&D, clinical, marketing, and commercial. That's one of the other changes that I hope to be able to influence by partnering with Sorcero.

EV: Why do you think that R&D, clinical, marketing, and commercial have adopted new technology so much quicker than medical affairs?

TM: There are various factors and variables. Usually, the medical affairs teams are smaller than the other functions and so they have traditionally tried to do more with less. However, the operational aspects of medical affairs are becoming much more evident than ever before. We're realizing that we need to pay attention to technology that has a deep understanding of the context and integrates human and artificial intelligence to make more evidence-based decisions.

EV: Where do you see the medical affairs profession five years from now?

TM: I think we've seen more recently a lot of healthcare professionals reporting a lot of fatigue during the pandemic, so one trend that I've observed is practicing successful clinicians, investigators, and physicians who are now moving from their clinical jobs to industry. I think that can empower medical affairs organizations. I've seen a lot of physicians, thought leaders, and scientific experts take senior executive roles in medical affairs. That is going to mean more patient centricity, more data transparency, and more value-based care. The success of medical affairs is going to depend on patient outcomes.

I also think direct impact on patient outcomes by ecosystem is the other change that I foresee, where geographic differences and particular patient profiles are going to be important in building the strategy of medical affairs companies. Medical affairs is essentially in the business of communicating information to help healthcare professionals identify suitable patients for particular products. I think it is inevitable that medical affairs organizations are now going to be seen as primary cross-functional partners within their organizations.

I think that you will see more medical affairs directed patient education, as well. I hope to see that more, where we can positively influence medical education to prevent the misinformation that takes place. A lot of the medical information and education that takes place online is not led by board-certified physicians or health care professionals but moderated by patients themselves. Medical affairs is going to have to enter the conversation and validate the information in various ways. Patients are going to become much more demanding and medical affairs teams are going to have to react.

To learn how AI is helping Medical Affairs Teams, download this whitepaper >>

Elizabeth Venafro Elizabeth is a B2B and B2G modern marketing technologist with experience at small and large organizations across diverse industries. Prior to joining Sorcero, Elizabeth was the Director of Marketing at Omnilert, pioneer of the next generation in emergency management, and Unison, the leading provider of acquisition management software to government agencies and contractors. She also co-founded and was the managing partner of the Konvergent social engagement platform, as well as the Director of Global Marketing Communications for medical device manufacturer K2M (acquired by Stryker) from start-up through IPO. Elizabeth graduated magna cum laude from James Madison University with a Bachelors in Business Administration and is the proud wife and mother of two girls.
Topics: Artificial Intelligence Blog