Sorcero, a Washington DC-based knowledge and learning solutions startup, announced that its co-founder, Dr. Ken Haase was invited to give the keynote address at the Automation & AI for Good forum on June 9 in San Francisco. Sorcero was one of ten early-stage AI companies selected to participate in the forum. The forum, sponsored by Village Capital and Autodesk Foundation, showcased the leading startups using AI, automation, or robotics to benefit society and create new jobs in emerging industries.

"Usually, when we hear about automation and artificial intelligence (AI) in the workforce, it's in negative terms: robots coming for our jobs, millions of displaced workers, and so on," said Ken Haase, Ph.D., Sorcero co-founder and Chief AI Officer. "At Sorcero, we approach AI very differently," said Dr. Haase. " Our goal is not to replace people but to empower them for new and emerging opportunities."

A topic of hot debate by policy-makers, CEOs, and global institutions, the scale of the challenge was laid out this year by the McKinsey Global Institute, publishing the report Jobs lost, jobs gained: Workforce transitions in a time of automation, that found that between 400-800 million workers worldwide will need to learn new skills and transition to new jobs.

The report stated that, “The shift could be on a scale not seen since the transition of the labor force out of agriculture in the early 1900s ... the challenge, especially in advanced economies, will be to retrain mid-career workers. There are few precedents in which societies have successfully retrained such large numbers of people.”

Sorcero’s Founder & CEO, Dipanwita Das is deeply committed to leveraging AI for positive social change. “My primary goal in starting Sorcero was to break down the barriers to learning,” said Das, adding, “Technology, and more specifically AI have the power to make quality learning accessible to all. At Sorcero, we are focused on developing solutions that will help the millions of workers facing job displacement.”

“We are deeply honored to be among the companies selected to participate in the forum,” said Das, “I believe that entrepreneurs can make a huge impact on large public policy issues like employment and workforce retraining,” Adding, “being the only startup selected from Washington, DC, I think Sorcero is well positioned to partner with government agencies, regulated industries, and NGOs.”

Prior to joining Sorcero in March 2018, Dr. Haase had deep roots in AI, beginning with his Ph.D. from MIT’s AI Laboratory and serving as a professor on the faculty of the MIT Media Lab, and directing the Media Lab Europe. The author of FramerD, Haase has focused on bringing human meaning to digital information, using semantic technologies in services and applications which enhance life, productivity, and sustainability. 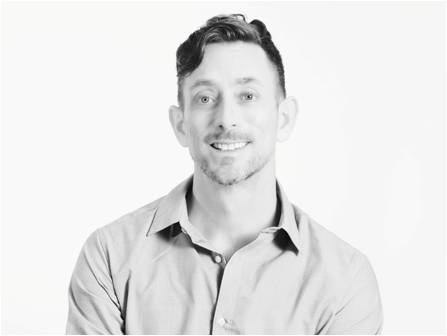